The 10 Most Useful Mind-Enhancements of a Cannabis High

Dr. Sebastián Marincolo is a philosopher renowned for his published research on the neurological effects of a cannabis high. He was mentored by legendary cannabis advocate Lester Grinspoon, who once drew the ire of President Richard Nixon for his 1971 book Marihuana Reconsidered.

Marincolo’s work highlights the mind enhancements reported by prominent cannabis enthusiasts. His newest essay collection details the effects cannabis has had on famous thinkers, artists & musicians — and explains its positive influence on society.

The essay below was published by Sebastián Marincolo in 2015 for sensiseeds.com.

In the following I will list what I think to be the ten most prominent mind enhancements reported by cannabis users throughout history.[2]

First, however, a note of caution: as with other mind-enhancing substances, there certainly is no “total enhancement” of mental abilities during a high. Some cognitive abilities are enhanced, while the performance of other processes may decline. It depends on the skill and knowledge of a user to integrate the high into one’s life so that he or she can actually profit from various alterations in thought and perception.

So, here is the list of ten of the most useful mind-enhancements coming from a cannabis high:

During a high, cannabis users hyperfocus on whatever comes to their attention- be it a sensation, a thought, or a memory.  We experience more depth and detail in whatever we perceive or think about. The Belgian poet and painter Henri Michaux experimented a lot with hashish and noted that

“(w)ith Hashish in me I am a falcon. (…) I look for an object in order to follow a trail. If it is a face, then through that face I will follow the trail to the ends of the earth. Nothing can distract me.“[3]

The “hyperfocus” effect on attention presumably plays a major role in the often reported subjective intensification of sensory experiences during a high.  Being high you also better discriminate new aspekte in your sensations – be it the flavor of a mango, the smell of a pine tree, or the tactile sensation of a kiss.

Your focused attention and the intensification of experience help you to dwell in the here-and-now of existence. You concentrate on your sensory experience and on your bodily awareness. Past and future become less important. You breathe, feel, perceive, and re-connect with yourself. I have also called this the “Zen-effect” of cannabis.

The often reported enhancement of episodic memory is one of the most stunning effects of a cannabis high. While you can use a high to come to the actual “here-and-now” of existence, you can also redirect your attention to past episodes to bring yourself back to the “here-and-now” of the past. Cannabis users often remember long gone episodes of their lives with incredible detail and vividness. Interestingly, users have often reported re-living even childhood experiences as if the high had transported them back to their former selves.

Another incredibly useful effect of the cannabis high is the intensification of your imaginative abilities. We tend to underestimate the magnificent potential of this enhancement. First, we tend to think of imagination only as the ability to visualize images. But our ability to imagine also includes our ability to imagine how flavors of rosemary and potatoes combine, the tactile feeling of jumping in a cold lake, or the sound of a melody in the composition process.

Second, we use our imagination not only to dream up situations. As neuroscientists like Michael Gazzaniga and Antonio Damasio have reminded us, we crucially need our imagination to make decisions on an every-day basis. When you decide to marry your girl friend you go through imagining situations, how it would be to live with her for the rest of your life, how your girl friend would be as a mother, etc..

Countless users have reported perceiving new patterns during a high; patterns in nature, in art, in their own behavior or in the behaviors of others. Needless to say that this is one of the crucial enhancements of a cannabis high. It can also be used to break with routines and addictions. Once you understand the patterns of your own habits and routines, you can transcend them.

Many cannabis users described that a cannabis high helped them to better introspect bodily sensations; they reported how they feel cold water going down their throat, or better felt how the heat of a sauna or stretching helps them to relax their muscles.  Others have reported deep insights into their own character, their moods or emotions. An enhanced pattern recognition seems to be a crucial element in this introspective enhancement.

Humans have incredible empathic skills. We can read emotions and moods from facial expressions or from seeing a bodily posture or walking style.  We have countless detailed reports from users that a cannabis high helped them to put them in the shoes of others, to understand how others tick and feel. Recently, some courageous mothers have started to treat their strongly autistic children with cannabis with much success. During a cannabis high, these children seem to respond well, hold eye contact, start playing with other kids instead of engaging in solitary play, and seem to generally better understand others. After years of research I found the enhancement of empathic understanding to be such a profound effect of cannabis that I came up with the hypothesis that the endocannabinoid system might play a fundamental role in the functionality of the mirror neuron system or any other cognitive system which underlies our ability to empathically understand others.[4]

Many users have reported that a cannabis high enhanced their experience of lovemaking. Looking at the enhancements above it should now be easy to see why. High lovers are more in the here-and-now of existence, concentrate on their partners and understand them better, their tactile sensations become more intense and richer in depth; they can explore the trip of an orgasm better, they break with habitual patterns, listen to their partners, and try out new things. Mindracing and the perception of a slowdown of time (effects that I have described elsewhere)[5] play an important role: lovemaking and the experience of orgasm seem to be timeless, eternal.

Carl Sagan famously reported in an anonymously published essay “Mr. X” that he had insights on the invalidity of racism during a cannabis high and used soap to draw a Gaussian distribution curve on his shower wall to illustrate his point In my book “High. Insights on Marijuana” I have explained in detail how I believe cannabis can help with insights. There is a long tradition in psychology that explores the phenomenon of spontaneous insights since the early days of the German psychologist Max Wertheimer’s Gestalt psychology school. If we take a closer look of this tradition and also look at newer studies on insights, [6] and the list of cognitive enhancement during a high, it becomes quite obvious in which ways cannabis can help users to come to deep spontaneous insights about all kinds of issues

[1] For a great collection of other prominent cannabis users see www.veryimportantpotheads.com/
[2] For a study on all of those enhancements see my „High. Insights on Marijuana“, Dogear Publishing 2010.
[3] Michaux, Henri (1953). Miserable Miracle. Trans. L. Varese. San Francisco: City Lights Books, chapter 4, http://www.lycaeum.org/books/books/miserablemiracle/chap4.html
[4] See my essay https://sensiseeds.com/en/blog/marijuana-empathy-severe-cases-autism-part/
[5] See my essay https://sensiseeds.com/en/blog/marijuana-and-the-slowdown-of-time-perception/
[6] See for instance „The Nature of Insight“ (1996), Robert Sternberg and Janet E. Davidson (ed.), A Bradford Book, Massachusetts.
← Carl Sagan's Mr. X A Cannabis Odyssey: To Smoke or Not To Smoke by Lester Grinspoon → 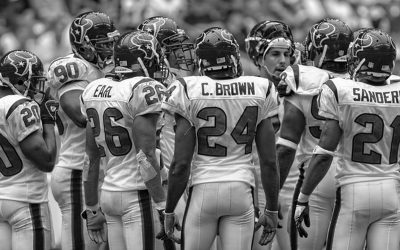 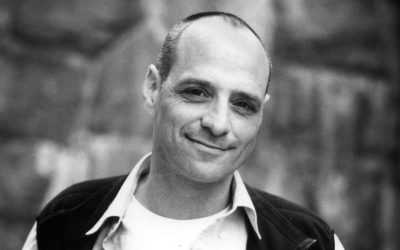 By Eric Schlosser, The Atlantic Monthly; April 1997; More Reefer Madness; Volume 279, No. 4; pages 90-102. EIGHT years ago Douglas Lamar Gray bought a pound of marijuana in a room at the Econo Lodge in Decatur, Alabama. He planned to keep a few ounces for himself and...